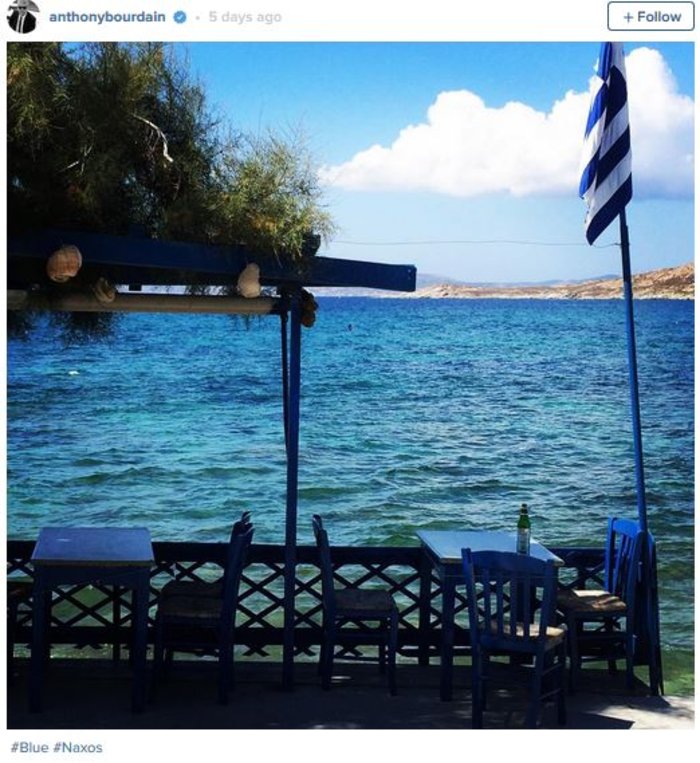 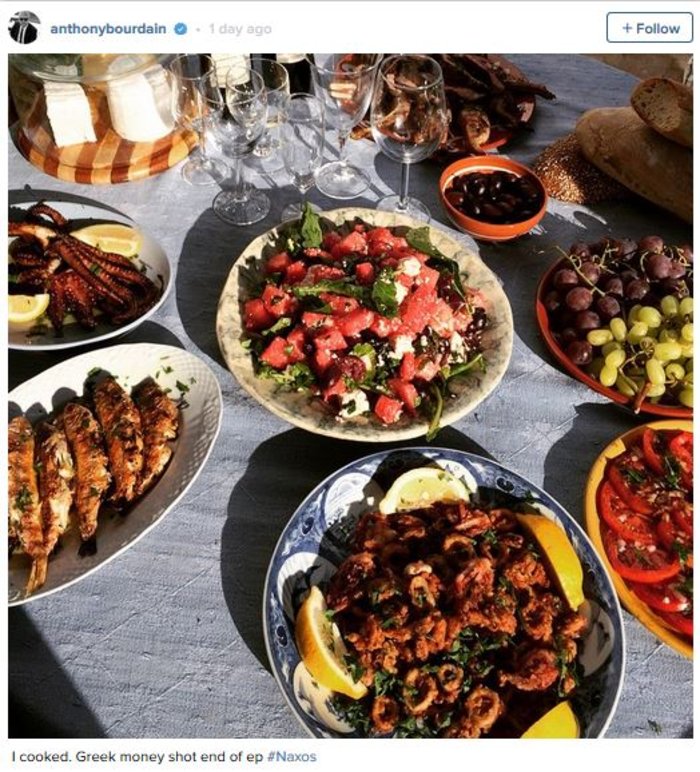 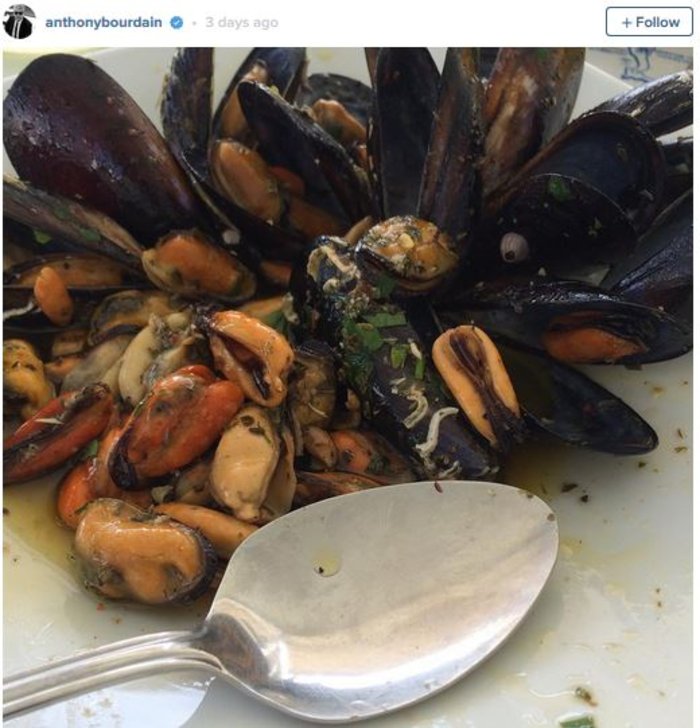 Famous US chef Anthony Bourdain chose to shoot an episode of his show “Anthony Bourdain: Parts Unknown” which will air on CNN, later this year, on Naxos, Greece, the largest Cyclades island.

According to the local newspaper Cyclades Voice, the show’s production agents reached out to a Greek production agency in Athens long before their arrival in Greece, as part of their research.

Upon his arrival on the island, Chef Bourdain posted a photo of a beach restaurant giving it the title “Blue Naxos,” while a Greek flag could be clearly seen in the background, so that people who are not familiar with the island would know where he was.

Shooting for the needs of the CNN show “Anthony Bourdain: Parts Unknown” lasted approximately two weeks. Today, October 1, the crew along with the famous chef departed from the island, but not before Bourdain published another Instagram photograph, which had his followers drooling for Greek food.