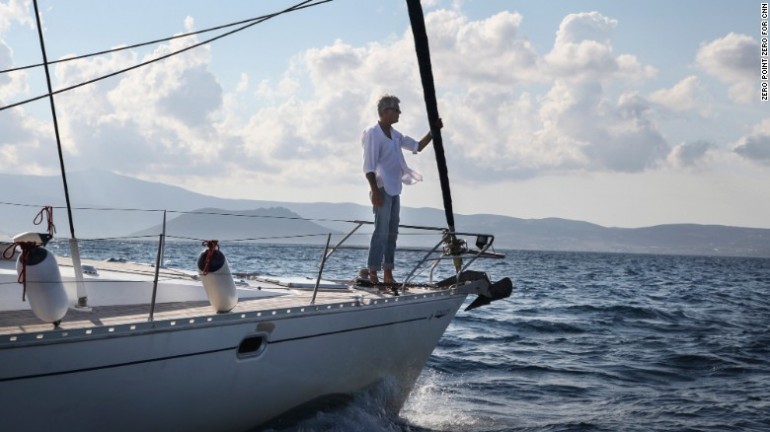 Sailing around Naxos at the bow of the Penelope is not a bad way to spend a couple of hours. Naxos is the largest of the Cyclades, a group of about 30 islands in the Aegean Sea.

(CNN) – Some shows start out with a simple premise — or a nebulous one.
This one, set on the Greek island of Naxos, was the first one filmed for this season (episodes are frequently shown out of sequence).
The idea going in was quite simple: I go to a really nice, laid-back Greek island — one with an actual local culture, businesses and income streams outside of tourism — and slide gently into another year of making television whilst maintaining my suntan from summer vacation.

What did I know about Naxos? What did I expect to find?
I will admit to have done little homework and having had few expectations.
I knew that Greece as a nation was going through an awful, crippling financial crisis.

I had asked for a villa where I might putter about and do some cooking as a base of operations.

What would it be like, removed from the mainland ? Naxos, I knew, (and had insisted ) was very different from Mykonos.
It was not a party island. It was a blank slate. So the narrow slices of life depicted in this episode are me learning right there along with you.
There’s a lot of delicious food. The place is, as one would expect, gorgeous.
But there are surprises — and indicators both hopeful and ominous. 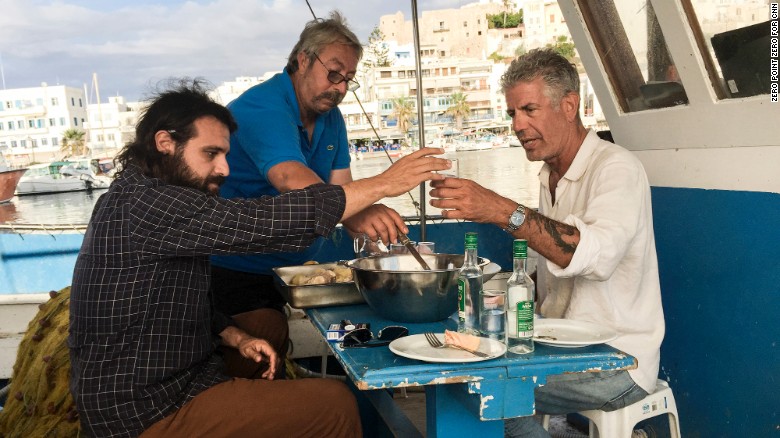 Ouzo and Raki are a fitting accompaniment to the island’s diverse array of seafood. 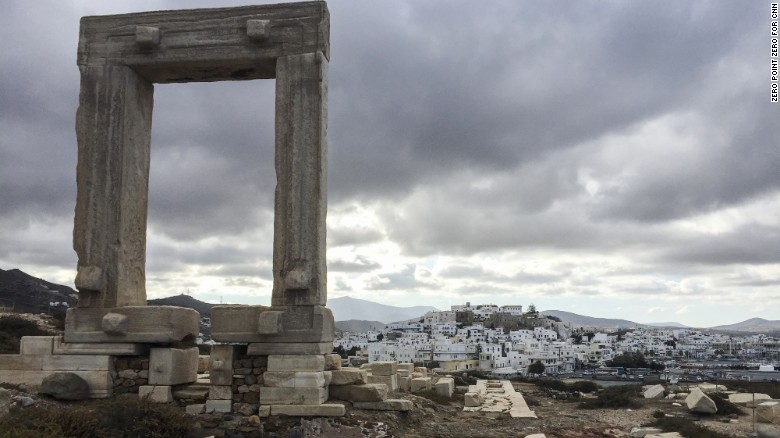 It’s believed that the Portara on Naxos stands in honor of the god Apollo. 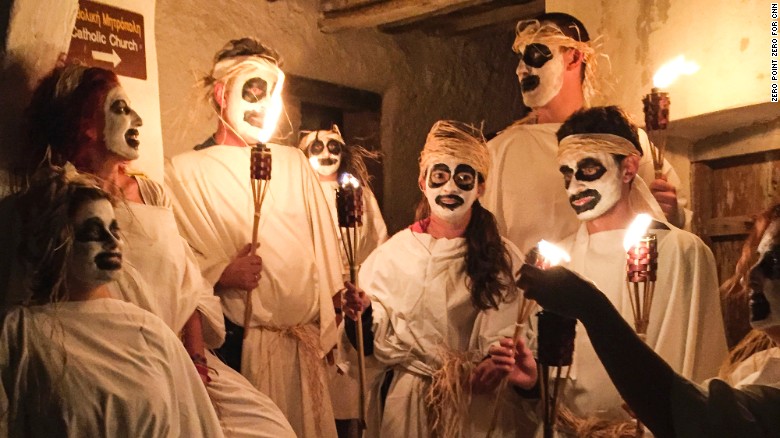 Locals celebrating the Greek god Dionysus parade through the streets of Naxos with torches. 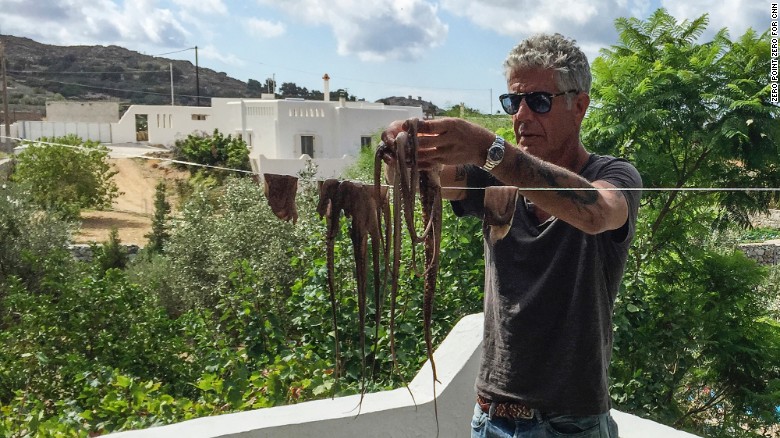 Anthony Bourdain strings up fresh octopus Naxian style to dry it out before cooking. 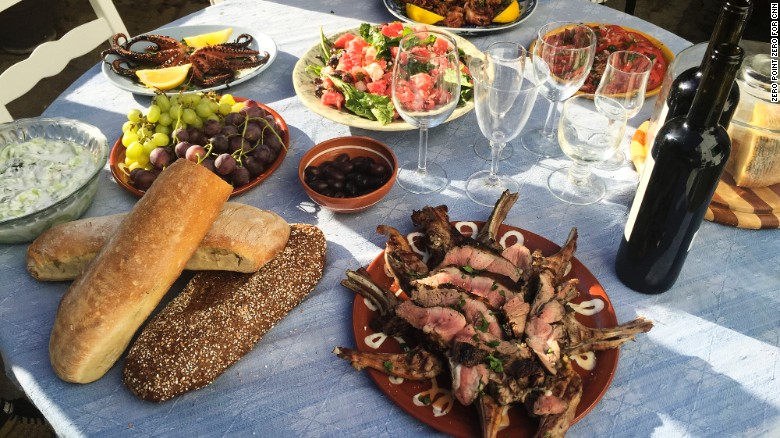 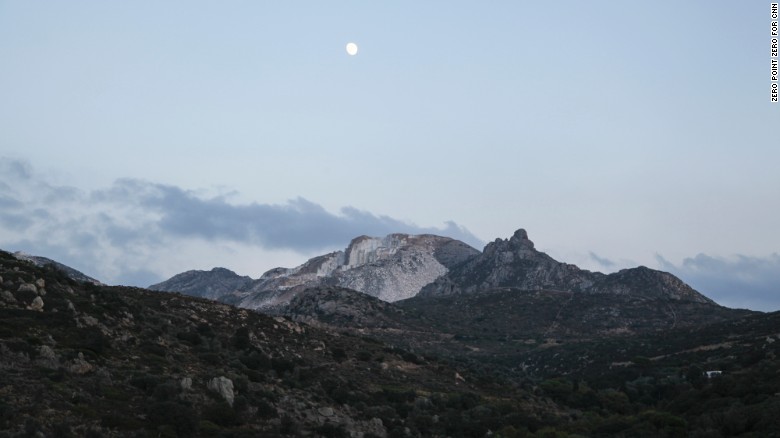 The Naxian landscape is a textured blend of rock and rich vegetation. The island is the greenest of the Cyclades. 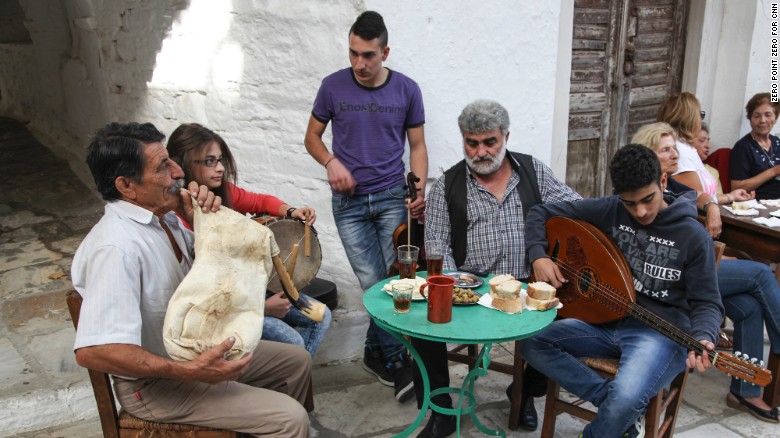 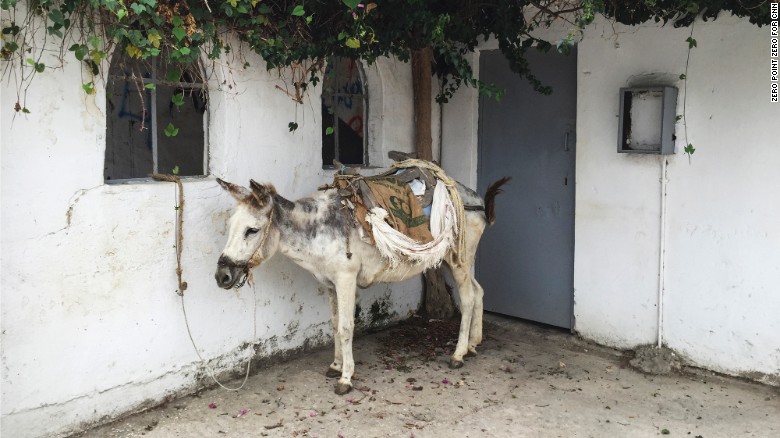 Greece’s financial crisis seems far from the island of Naxos, where “everything was just fine,” Bourdain said.