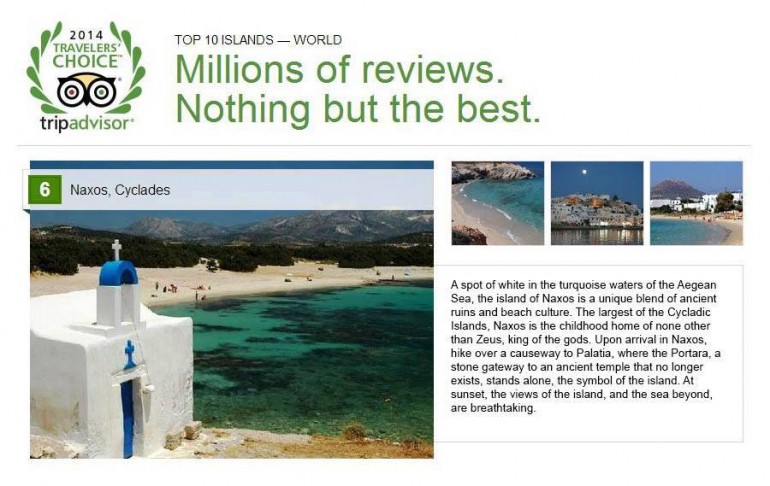 Naxos  is honored to have been recognized amongst the world’s top island destinations in three categories by travelers on TripAdvisor, the world’s largest travel site,* in its Traveler’s Choice Islands awards 2014.

In its second year, the annual awards recognize more than 100 islands globally, including top 10 lists for Africa, Asia, the Caribbean, Europe, South America, the South Pacific, and the U.S.

According to TripAdvisor, Travelers’ Choice Island winners are determined based on the quality and quantity of the most highly-rated hotels, restaurants, and attractions listed for each island on TripAdvisor gathered during a 12-month period.