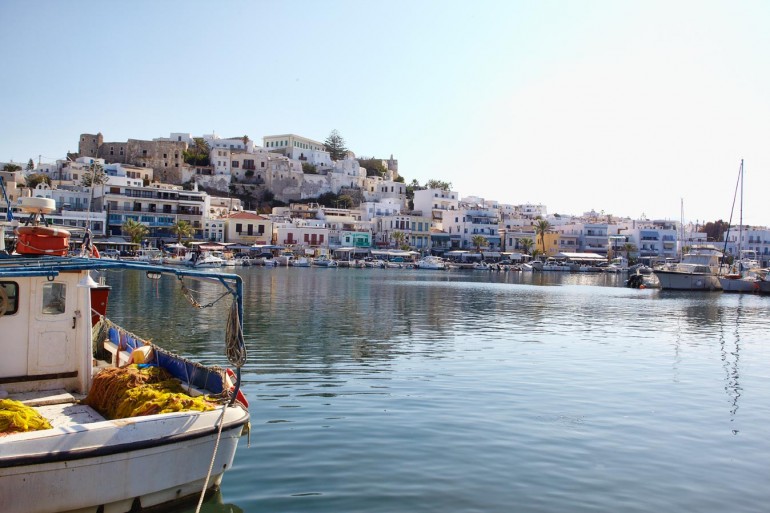 Naxos is such a versatile island that satisfies all types of tourists, from the sightseer and the nature lover to the party-goer and the laid back tourist. To get a taste of the island, we suggest taking a stroll in Naxos Town (Chora) through the winding alleyways to admire the whitewashed houses, with their potted flowers, and colourful doors and shutters. It is truly a calming and rejuvenating experience. Town (Chora) possesses several of the island’s most characteristic sites, such as the “Portara” (the marble gate to the ancient Temple of Apollo), the Venetian Castle, the Mycenean City in the Grotta area, the Archaeological Museum, the 16th century Bazeos Castle, and the Churches of Zoodochou Pigis and Panagia Myrtidiotissa. While touring Naxos Island, you can visit many other significant archaeological and historical sites. In Apirathos, you should stop to admire the Zevgoli Tower and the Museums. If you are an archaeology buff, then we recommend visiting the Kouroi in Apollonas and Flerio, the Ancient Site of Iria and the Sanctuary of Demetra and Apollo near Sagri.