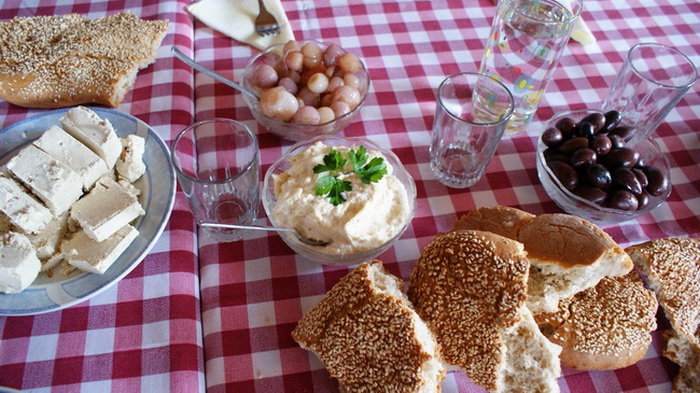 “Kathari Deftera,” Greek for Clean Monday, is considered to be one of the most important feasts all over Greece, each year commencing the 40-day period of the Great Lent for the Eastern Greek Orthodox Church, which is called “Sarakosti.” The feast begins on the first day of the 7th week before the Orthodox Easter Sunday.

Liturgically though, Clean Monday and thus Lent itself begins on the preceding Sunday night, at a special service, in which all present will bow down before one another and ask for forgiveness. In this way, the faithful begin the Great Lent with a clean conscience, forgiveness and renewed Christian love. The day of Clean Monday is sometimes called “Ash Monday,” by analogy to “Ash Wednesday,” the day during which Lent for the Western Christianity begins.

Clean Monday also puts an end to the preceding Carnival celebrations, inviting all Orthodox Christians to leave behind the sinful attitudes associated with Carnival festivities and non-fasting foods, which were largely consumed during the three weeks of the Carnival.

As a result, the feast, which is a public holiday in Greece and Cyprus, is celebrated with outdoor excursions, the consumption of shellfish and other fasting foods, as well as the widespread custom of building and flying kites.

Eating meat, eggs and dairy products is traditionally forbidden to Orthodox Christians throughout Lent, with fish being eaten only on major feast days. The consumption of shellfish and mollusks though, is permitted in Greek Orthodox Churches, thus creating the tradition of eating elaborate dishes based on seafood, like cuttlefish, octopus and different shellfish, like shrimp and mussels. A traditional dip made of the salted and cured roe from carp or cod, mixed with olive oil, lemon juice and bread crumbs, called “taramosalata,” is also part of the products consumed on Clean Monday.

Taramosalata is ideal for spreading on the “lagana,” a special kind of unleavened flatbread, baked only on that day. The history behind this bread dates from the Old Testament and to the help offered by God to the Israeli people while guiding them from Egypt to their promise land. Since then, Israelis have baked the lagana throughout the Easter period, hence introducing the tradition to the Orthodox Church.

As for dessert, an alteration to the familiar Arab “halva” is served, which is made of tahini, a sesame paste, and sugar, often combined by nuts or chocolate and baked in a square or cylindrical shape.

Clean Monday, however, is not only associated with eating fasting products, but features also many traditions being held all over Greece. Traditionally, as Clean Monday is considered to mark the beginning of the spring season, kite flying is also part of the tradition. Young people and adults organize excursions to open areas, so as to fill the skies with their kites. Many traditional workshops are involved in making kites for over 70 years now. Although the wooden kites have been replaced by plastic ones, the kite-making handcraft still has its own secrets. A light wooden frame on a paper body, cords on the balances and a single cord on the tail make up for the perfect kite, ready to carry children and grown-ups off their feet.

Apart from kite flying, many areas in Greece maintain their own regional customs. In Thebes, an old custom dating from 1830, called the “Vlach Wedding,” — in reference to the matchmaking of the time — is revived each year, with all participants joining the festivities with satirical songs and lots of dancing.

Meanwhile, in the village Mesta on the Greek island of Chios, according to another Clean Monday custom, which bears its roots from the period of Ottoman Greece, the village is invaded by an Ottoman military officer along with his troops, who after gathering all residents to the central square, makes them pay a fine for the charges brought against them. The collected money is then given as tribute to the cultural association of the village.

The feast of Clean Monday and all associated traditions and celebrations are in the hearts of the Greek people, as they provide an opportunity for leisure and escaping from the daily routine, while coming in contact with nature and the country’s cultural heritage.